Barcelona coach Ronald Koeman has been given a two-match ban for his dismissal in Thursday's 0-0 draw at Cadiz.

It will mean that Koeman will not be in the dugout when Barcelona face both Levante and Atletico Madrid.

The Committee also turned down Barcelona's appeals for a second yellow card shown to Frenkie de Jong and a yellow card picked up by captain Sergio Busquets.

That means that Frenkie de Jong will be suspended for Sunday's fixture against Levante, joining his coach in the stands for the fixture.

Koeman's suspension was justified due to Article 120 of the Disciplinary Code for protests to the referee, assistant referees or the fourth official.

"Koeman protested to the fourth official ostensibly, with his arms raised, shouting and leaving his technical area to say: 'The referee has to blow up, he has to blow, come on, he has to bl 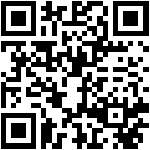