A man holds an umbrella as FP3 is cancelled due to rain ahead of qualifying Russian Grand Prix at the Sochi Autodrom in Sochi, September 25, 2021. — Reuters pic

SOCHI, Russia, Sept 25 — Final practice for the Russian Formula One Grand Prix was cancelled due to heavy rain in Sochi today, with later qualifying uncertain and at risk of being postponed until tomorrow.

Race stewards said in a statement that the decision had been taken for safety reasons and due to force majeure. 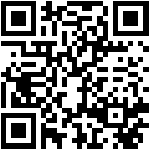