The Long Island-based company was founded in 2019 by Hungryroot co-founder Gregory Harry Struck after he adopted a plant-based diet while battling cancer.

“It was born out of a need when a lot of things were eliminated for me,” Struck told TechCrunch. “During this period of change, I thought about consumption and how it affects our well-being and health system.”

Struck recalls a time in the grocery store looking in the dairy case for yogurt, catching a glimpse of pudding and wondering why this product had never been reimagined, nutrition-wise. He went home, turned his house into a commercial kitchen and began experimenting with recipes, sometimes using his three y 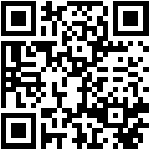