CIUDAD ACUNA: Deportation fears mounted among Haitian migrants camped out in northern Mexico near the border with the United States following the sudden arrival of dozens of police officers at the site.

Immigration agents entered a makeshift Haitian camp in Ciudad Acuna on the border with the United States, urging them to return to where they filed their refugee requests, which many refused to do.

That would force many to return to the southern Mexican city of Tapachula near the border with Guatemala where tens of thousands of migrants are waiting for documents that would allow them to continue north.

“We don’t want to go to Tapachula, boss,” said one of the Haitians when prompted by a Mexican government agent who entered the park where migrants are camping out.

“There we are suffering, sleeping in the square, in the street,” added th 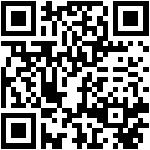