Kuala Lumpur: The government is studying laws being used at the state level and court cases in several states involving the implementation of laws related to party hopping.

Minister in the Prime Minister’s Department (Parliament and Law), Datuk Seri Dr Wan Junaidi Tuanku Jaafar, said the government is also looking into the models of anti-hopping laws in several countries such as India, Singapore, New Zealand and the United Kingdom.

“The findings of the study will be discussed through a bi-partisan engagement session,” he said in a question and answer session at the Dewan Negara, here today.

He was responding to a question from senator N. Balasubramaniam who wanted to know the government’s readiness to introduce an anti-hopping law. 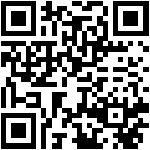