LEIGH ON SEA: The attacker who fatally stabbed British lawmaker David Amess was referred to an official counter-terrorist scheme for those thought to be at risk of radicalisation, according to media reports.

Police said that detectives had until Friday, October 22, to question the suspect after he was detained under the Terrorism Act, which allowed them to extend his detention.

Veteran Conservative MP David Amess, 69, was talking with voters at a church in the small town of Leigh-on-Sea east of London when he was stabbed to death on Friday.

Police have said they are investigating “a potential motivation linked to Islamist extremism”. The investigation is being led by Scotland Yard’s Counter Terrorism Command.

The BBC said it had received confirmation from Whitehall officials that the man’s name is Ali Harbi Ali. 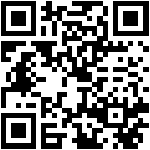