LONDON: England coach Eddie Jones has included four uncapped players and another eight who made their debuts in the summer in his 34-man squad for the November internationals at Twickenham against Tonga, Australia and South Africa.

Hooker Nic Dolly has been called up in recognition of his displays in Leicester's flying start to the Premiership season, while Northampton fullback Tommy Freeman is another new face in the squad announced on Monday.

Centre Mark Atkinson and scrumhalf Raffi Quirke, who joined up with the squad last month for a short training camp, are the other uncapped pair.

Jamie Blamire, Callum Chick, Trevor Davison, Alex Dombrandt, Adam Radwan, Harry Randall, Marcus Smith and Freddie Steward, who made their debuts in the matches against Canada and the United States, were also included.

There was no recall, though, for some of the big 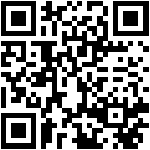