By Rodrigo Campos3 Min ReadNEW YORK, Oct 21 (Reuters) - A small but steady flow of foreign cash into Turkish bonds abruptly reversed in September, when the central bank shocked markets with a rate cut that hit the lira, according to data from the Institute of International Finance.The IIF data also show that cumulative flows into equities have been negative for the year, and a recovery trend that started in April also stalled as Turkey pivoted to easier monetary policy.The central bank cut its key interest rate by 100 basis points to 18% last month despite rising inflation. On Thursday it is expected to ease policy again, by 50 or 100 points, according to a Reuters poll.Net foreign flows into debt stand near $1.8 billion after peaking near $2.4 billion in early September, while stocks have seen a net outflow of $1.2 billion this year, the IIF data show.Stock outflows botto 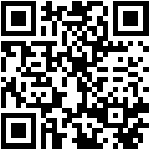