Liverpool will make things difficult for us, says Atletico's Simeone

MADRID :Atletico Madrid manager Diego Simeone said his team expect a tough challenge in Tuesday's Champions League Group B game at home to Liverpool and praised the Premier League team for their style of play.

Atletico have won three of their last four games against Liverpool, including a 3-2 comeback win at Anfield in the 2019-20 last 16.

"Chelsea, (Manchester) City, Liverpool are all fantastic but watching Liverpool is a real pleasure," Simeone told a news conference on Monday.

"They press high, play a high line, they have no fear of leaving spaces at the back. They have very quick players to go on the break. With (Virgil) van Dijk now (back from a long-term injury) they have improved their solidity in defence.

"I don't expect anything other than a team who will make things very difficult for us. We will try and find a way to hurt them, we need to 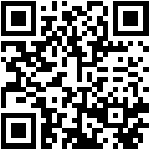