The Chinese foreign ministry denied the report in the Financial Times newspaper, which said that Beijing had launched a rocket in July carrying a hypersonic glide weapon. Beijing said it was a space vehicle, not a missile.

The US and Russia have both tested hypersonic weapons, usually defined as missiles which fly more than five times the speed of sound, in a race for a new generation of weapons that are harder to detect and block.

Austin told reporters during a visit to the former Soviet republic of Georgia: "We watch closely China's development of armament and advanced capab 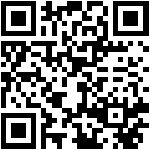