Disney+, which has one of the richest portfolios of media content, had a blockbuster launch in 2019; it attracted new subscribers with its hit Star Wars and Avengers franchises.

Rival streaming platforms such as Netflix, Apple TV+ and Amazon Prime Video have had a different approach. They invested heavily on original content to draw in subscribers. 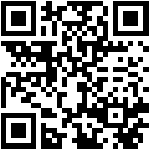