By Reuters Staff2 Min ReadMOSCOW (Reuters) - Russia’s second-largest bourse, SPB Exchange, which plans to apply for a U.S. listing in the first half of 2022, said on Thursday it had entered into a global custody agreement with Bank of New York Mellon Corp.SPB, which specialises in listing foreign securities, hopes to raise $150 million in an initial public offering on its own platform this year ahead of a larger U.S. listing, people familiar with the matter told Reuters earlier this month.The exchange confirmed its listing plans on Monday and said it intends to use net proceeds from the IPO for general corporate purposes, including the increase of capital of its key operating subsidiaries, Best Efforts Bank (SPB Bank) and MFB Clearing Center (SPB Clearing).On Thursday, SPB said in a statement that BNY Mellon had agreed to begin providing custody services for Best Efforts 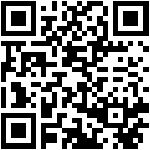