China's Tianqi Lithium Corp on Monday said its subsidiary had signed an agreement with contractor MSP Engineering to end a long-running row over the delayed Kwinana plant in Western Australia.

Perth-based MSP was appointed lead contractor on the Kwinana project, which was billed as the world's largest plant to make lithium hydroxide for electric vehicle batteries. Commissioning was postponed in early 2020 as Tianqi ran into liquidity problems https://www.reuters.com/article/tianqilithium-australia-idUSL4N2BF0DE and MSP sought to recover missed payments.

Tianqi Lithium Kwinana (TLK) earlier this year paid AUS$38.9 million (US$28.74 million) of arrears into an Australian court fund and had made a counterclaim seeking more than AUS$225 million in damages from MSP. The next hearing in the case was due on Nov. 10.

However, Tianqi said a filing on Monday t 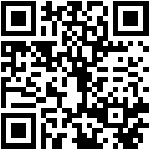