BRUSSELS, Oct 21 (Reuters) - The European Union must deepen ties with Taiwan and start work on an investment deal with the island, EU lawmakers said in a resolution adopted on Thursday, angering Beijing, whose similar deal with the EU struck in 2020 has been put on ice.

The European Parliament in the French city of Strasbourg, with a majority of 580 to 26 votes, backed the non-binding resolution requesting the bloc's executive European Commission "urgently begin an impact asse 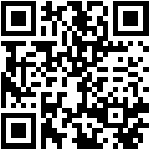