Kota Kinabalu: A Malaysian professional e-athlete won a share of about RM21.6 million in the world’s largest e-sport tournament yesterday.

Cheng, whose gamer name is NothingToSay, competed in the tournament that offered a total prize pool of USD40,018,195 (about RM166,435,673 million) under China-based team PSD.LGD.

The five-player outfit finished second in the grand final last night after being beaten by Russian underdog Team Spirit, who walked away with a whopping USD18,208,300 (about RM75,673,694).

Cheng, 20, is the only Malaysian player on his team. There was no Malaysian-majority team competing in TI10.

Three other Malaysian players featured in the main event of the tournament.

51
How to Install Newswav
1. Scan the QR code below
1. Tap this button 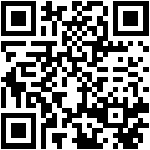