WASHINGTON: China has tested a new space capability with a hypersonic missile, the Financial Times reported.

The report, citing multiple sources familiar with the test, said Beijing in August launched a nuclear-capable missile that circled the Earth at low orbit before descending toward its target, which three sources said it missed by over 20 miles (32 kilometres).

FT sources said the hypersonic glide vehicle was carried by a Long March rocket, launches of which it usually announces, though the August test was kept under wraps.  The report added that China’s progress on hypersonic weapons “caught US intelligence by surprise.”

Pentagon spokesman John Kirby said he would not comment on the specifics of the report but added: “We have made clear our concerns about the military capabilities China continues to pursue, capabilities that only increa 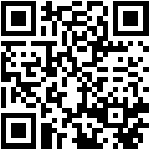