By Reuters Staff3 Min ReadTOKYO, Oct 21 (Reuters) - Japan’s Nikkei share average fell nearly 2% on Thursday, weighed down by fresh fears around China Evergrande Group, concerns ahead of a general election and worries over the impact of rising costs on corporate outlook.The Nikkei fell 1.87% to close at 28,708.58, while the broader Topix lost 1.31% to 2,000.81.Overnight, the S&P 500 and the Dow rose, with the Dow hitting an intraday record high, while the Nasdaq lagged as technology stocks took a breather.The Nasdaq’s weak finish triggered a sell-off in Japanese technology heavyweights, while investors nervously awaited whether Prime Minister Fumio Kishida would take decisive measures to boost the pandemic-beaten economy.“The ruling LDP (Liberal Democratic Party) would probably win a majority but it is not clear whether the party would make changes that would meet mar 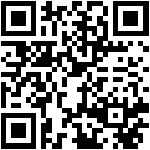