WASHINGTON: Colin Powell, the son of Jamaican immigrants who became a US war hero and the first black secretary of state but saw his legacy tarnished when he made the case for war in Iraq in 2003, died on Monday (Oct 18) of COVID-19 complications. He was 84.

The retired four-star general and former head of the Joint Chiefs of Staff who served four presidents made his reputation as a man of honour distant from the political fray - an asset in the corridors of power.

"General Powell is an American hero, an American example, and a great American story," George W Bush said as he announced Powell's nomination as secretary of state in 2000.

"In directness of speech, his towering integrity, his deep respect for our democracy, and his soldier's sense of duty and honour, Colin Powell demonstrates ... qualities that will make him a great representative of all th 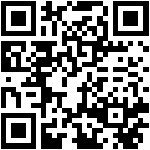