LONDON : Reality television star Kourtney Kardashian and musician Travis Barker are engaged, celebrity news website TMZ reported, and the couple have shared pictures of what appears to be a marriage proposal on a beach.

The couple both uploaded on Instagram photos of themselves amid an arrangement of red roses and white candles by the sea, with Kardashian adding the caption "Forever".

Her sister Kim Kardashian posted a separate video of the couple kissing, which showed Kourtney Kardashian sporting a large diamond ring. The video was soundtracked to chart-topper Bruno Mars' song "Marry You".

Barker, a drummer with rock band Blink-182, also shared messages of congratulations for the couple.

TMZ said the proposal took place at a beachside hotel in Montecito, California.

A spokesperson for Kourtney Kardashian was not immediately reachable for 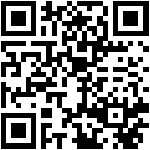