UNITED NATIONS: The Taliban will announce a framework that allows girls to attend school in Afghanistan “soon,” a senior United Nations official said, after four weeks in which Afghan boys have been allowed a secondary education but girls have not.

“The de facto minister of education told us that they are working on a framework, which they will announce soon, that will allow all girls to go to secondary school, and we are expecting that to happen very soon,” Unicef deputy executive director Omar Abdi said at the United Nations in New York.

For weeks now the Taliban have been saying that they will allow girls to return to school as soon as possible.

The Islamist group, notorious for its brutal and oppressive rule from 1996 to 2001, has faced international fury after effectively excluding women and girls from schools and work across the country, 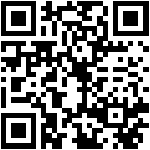