Klopp not enthused by Atletico style, but cannot argue with results

MADRID : Liverpool manager Juergen Klopp said on Monday that he was not a fan of Spanish side Atletico Madrid's style of play but could not argue with their results on the pitch.

Liverpool, who were beaten home and away by Diego Simeone's team in the Champions League Round of 16 last season, travel to Madrid on Tuesday to take on Atletico in the group stage.

Klopp, who criticised Atletico's physically demanding and defensive style after Liverpool's defeats, told reporters on Monday that those comments had stemmed from anger and disappointment, not a lack of respect for the Spanish team.

"After the second game I was angry and disappointed about a lot of things," Klopp told a news conference.

"Life, a bit, as well as things going wrong in the world at that moment. We played against a team full of world class players and they defended with all the 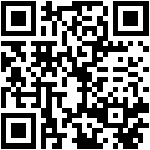