By Reuters Staff1 Min ReadTOKYO, Oct 21 (Reuters) - Japan’s benchmark 10-year government bond yields fell on Thursday as demand for safe-haven debt was underpinned by weak domestic equities, while investors bought back debt after the yields hit six-month highs in the previous session.The 10-year JGB yield fell 0.5 basis point to 0.085%, while the 10-year JGB futures rose 0.05 point to 151.37, with a trading volume of 17,528 lots.Japan’s Nikkei share average fell almost 2% on Thursday, weighed down by fresh fears around China Evergrande Group, concerns ahead of a general election and worries over the impact of rising costs on corporate outlook.Yields on longer-dated bonds were unchanged, with the 20-year JGB yield at 0.480% and the 30-year JGB yield at 0.695%.The 40-year JGB yield fell 0.5 basis point to 0.755%.The two-year JGB yield remained at minus 0.115% after being 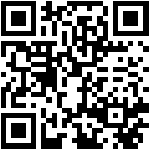