A man in India suffered severe burns after his wife poured boiling water on his genitals following a heated argument.

The incident took place in the southern state of Andhra Pradesh on Saturday morning. The victim, identified as Macherla Rao, and wife, Padmavati, had been reportedly having arguments for a while. On Friday night, the two got into another tiff, and then went to sleep, The Hans India reported.

A few hours later, Padmavati, in a fit of rage, poured boiling water on her husband鈥檚 genitals while he was asleep. The man started screaming in pain and, upon hearing his screams, other family members rushed him to a nearby hospital for treatment. He was reported to be in a critical condition.

Meanwhile, the victim鈥檚 family members filed a police complaint, following which the wife was taken into custody. During interrogation, it was revealed she was R 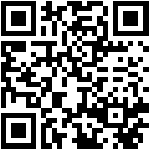