Beaten on four favourites and some choice parade ring feedback from a fervent punter for his troubles - Sunday was a day to forget for Joao Moreira, as well as a swag of Hong Kong's up-and-coming stars looking to make an impact at December's Hong Kong International Races.

Moreira has now gone winless in consecutive meetings for the first time since April and the Brazilian was aboard the beaten favourites in both of the weekend's Group Two features - Courier Wonder in the Premier Bowl (1,200m) and Sky Darci in the Sha Tin Trophy (1,600m).

Caspar Fownes labelled Sky Darci's eighth in the Sha Tin Trophy a "waste of a run" and if the breeze blowing over the top of the Sha Tin stables was carrying a giggle, it might have been emanating from the box 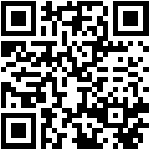