LONDON : Five members of the U.S. House Judiciary committee wrote to Amazon.com Inc's chief executive Sunday, and accused the company's top executives, including founder Jeff Bezos, of either misleading Congress or possibly lying to it about Amazon's business practices.

The letter also states that the committee is considering "whether a referral of this matter to the Department of Justice for criminal investigation is appropriate."

Addressed to Amazon CEO Andy Jassy, the letter followed a Reuters investigation last week that showed that the company had conducted a systematic campaign of copying products and rigging search results in India to boost sales of its own brands - practices Amazon has denied engaging in. Jassy, a longtime Amazon executive, succeeded Bezos in July. 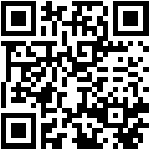