Steve Bruce to take charge of Newcastle vs Tottenham to mark 1,000th game as a manager

Steve Bruce hit out at the media as Newcastle confirmed he will take charge of his 1,000th game as a manager in Sunday's Premier League match against Tottenham.

Bruce, 60, had been expected to be sacked this week following the club's £305m takeover earlier this month but instead he will lead the Magpies at St James' Park, live on Sky Sports, for the first match of the new Saudi-Arabian-led era.

New part-owner Amanda Staveley said Newcastle wanted to be "patient and considered" in their approach and that "change doesn't happen overnight".

Bruce criticised the media for their reporting on his future in his press conference on Friday.

"I hope you're feeling the heat from your bosses, because it hasn't happened has it - what you all wanted," he said. "Let's hope you're getting a bit of stick from the people who put you in charge. 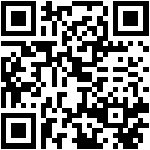