Colin Powell, a US war hero and the first Black secretary of state who saw his legacy tarnished when he made the case for war in Iraq in 2003, has died from complications from Covid-19. He was 84.

"We have lost a remarkable and loving husband, father, grandfather and a great American," the family said in a statement posted to social media on Monday.

The retired four-star general and former chairman of the Joint Chiefs of Staff who served four presidents made his reputation as a man of honor distant from the political fray -- an asset in the corridors of power.

After the 1991 Gulf War he was so widely respected that he was even touted as a future president of the United States, but ultimately he never ran for the White House.

"General Powell is an American hero, an American example, and a great American story," George W. Bush said as he announced the nomination 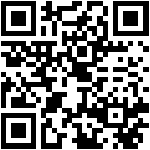