IS claims suicide blasts at Afghan mosque; deaths climb to 47

IS claims suicide blasts at Afghan mosque; deaths climb to 47

KANDAHAR – The death toll from yesterday’s suicide blasts at a mosque in the city here, the capital of Afghanistan’s southern Kandahar province, has risen to 47, while 90 people are wounded, said a local official today.

Haifz Sayyed of the local government’s cultural and information directorate told the Xinhua news agency that the explosions occurred at a Shia mosque at midday, when hundreds of worshippers were conducting Friday prayers.

He confirmed the increase in deaths and the injured. It was earlier reported that 32 people died and 68 were hurt.

The Islamic State has claimed responsibility for the attack, according to a statement from the terrorist group cited by multiple news reports. 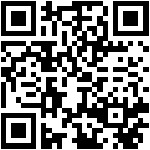