Netflix fired an employee who led the company’s trans employee resource group and planned a walkout on October 20, a current and former Netflix employee with knowledge of the situation confirmed to TechCrunch. The termination was first reported by The Verge.

Netflix workers planned the walkout to protest statements that its co-CEO Ted Sarandos made about Dave Chappelle’s recently released special, “The Closer.” The company claims that it fired the employee in question because the company suspects that they leaked internal information.

“We have let go of an employee for sharing confidential, commercially sensitive information outside the company,” a Netflix representative told TechCrunch. “We understand this employee may have been motivated by disappointment and hurt with Netflix, but maintaining a culture of t 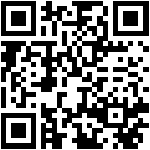