As the search for Brian Laundrie entered its fifth week, actress Kirstie Alley tweeted he could be hiding in the "crawlspace" in his Florida house.

"I think Brian Laundrie is in his house. When the FBI went in they didn't go in with dogs. I think he was either not there at the 'moment' or in a crawlspace. I literally think he's in there," she wrote Sunday.

Some Twitter users agreed with her, saying Laundrie's parents were helping him hide amid the ongoing investigation into Gabby Petito's death.

"His parents are helping him and should also face charges," one user wrote. Another wrote: "I think that's a good theory. They need to keep going back to the parent's hous 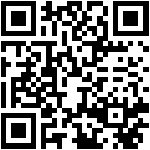