Jamaal Lascelles has described the "goosebumps" moment Amanda Staveley called him to confirm the Newcastle takeover was happening, after needing to double-check who she was because he did not have her saved in his phone.

Speaking exclusively to Sky Sports News for the first time since the takeover - backed by Saudi Arabia's Public Investment Fund - the Newcastle skipper says the squad are taken aback by what has happened but "excited" to prove themselves.

Lascelles met Staveley and her co-owner and husband Mehrdad Ghodoussi at Newcastle's training ground on Monday but his first interaction with Staveley was a surprise phone call 30 minutes before the announcement last Thursday. 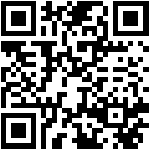