Tabung Haji chairman’s resignation not due to political pressure: Marzuk

Tabung Haji chairman’s resignation not due to political pressure: Marzuk

He said such allegations are false, pointing out that Nor was appointed when Pakatan Harapan was the government, and there was no change in the latter’s role even when Perikatan Nasional took over Putrajaya.

“We look at this based on the current situation and strategic planning that requires other expertise to move TH forward faster,” he told reporters here today. 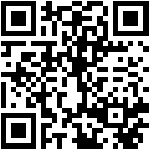