Opinion: It won’t matter what Apple calls the rumored ‘M1X’ chip in the new MacBook Pros

With the upcoming Apple event approaching quickly, speculation is getting out of hand in regards to the chip Apple plans to put in the next-generation MacBook Pro. The most likely name is “M1X,” and others believe the chip will be called “M2.” Some folks have tossed around other names as well with different modifiers. Guess what? It doesn’t matter what it’s called. What matters is that it’s faster than last year’s chip, but not so much faster that it steps on the M1’s parade.

Apple Silicon still feels new in Macs, but remember that Apple has been shipping their own silicon in iOS devices for more than a decade. They’ve sold multiple generations of chips side by side on Apple store shelves every single year since 2011. 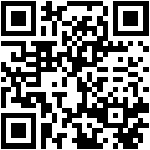