We’ve only just got our hands on the new Apple Watch Series 7, and we happen to have the new green model. Much has been made about what the new watch colors actually look like in person, especially the green, since it’s the one Apple is choosing to market most prominently. Now that we’ve seen it, we can confidently say it’s one of the best aluminum finishes Apple has ever shipped.

In Apple’s marketing materials, the watch looks far more green that it does in real life. I was initially disappointed by this, but after spending some time with it, I am pleased it’s not too vibrant. It’s still clearly green, but has a dark look to it that just feels badass.

I like it a lot more than Apple’s previous space gray finishes or even the new midnight finish. It’s very dark from certain angles and even looks black in some instances. But in good l 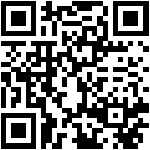