AARHUS (Denmark), Oct 16 — Indonesia have denied Malaysia a place in the semi-finals of the Thomas Cup for the second straight edition after trouncing Lee Zii Jia and Co 3-0 in the quarter-finals at the Ceres Arena, here, yesterday.

Indonesia, who have won the Thomas Cup a record 13 times, had knocked out five-time winners Malaysia 3-1 in the 2018 edition in Bangkok.

Malaysia was counting on world number eight and team captain Zii Jia to give them a winning start so as to inspire his teammates but, alas, he was found wanting against world number five Anthony Sinisuka Ginting in the first singles. 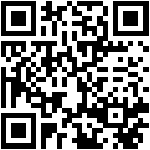