US auto giant Ford on Monday unveiled plans to convert a UK factory into its first component assembly site for electric vehicles in Europe.

Ford will invest ?230 million ($316 million, 273 million euros) in its Halewood plant on Merseyside in northwest England, the carmaker said in a statement.

Production will start in 2024 in a move expected to safeguard hundreds of jobs.

"This is an important step," said Stuart Rowley, president of Ford of Europe.

Ford's Halewood plant in Liverpool will make power units for the company's electric vehicles Photo: A 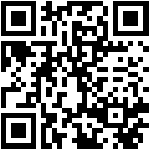