SHAH ALAM, Oct 18 — The Sultan of Selangor has recommended that more focus be given to the preparation of better psychiatric and mental health services in the state, particularly during the Covid-19 pandemic.

Sultan Sharafuddin Idris Shah Alhaj was similarly satisfied when informed by Health Minister Khairy Jamaluddin during an audience earlier today, that Selangor’s vaccination rate has now reached 85 per cent of the population.

His Royal Highness, accompanied by Crown Prince Tengku Amir Shah, was briefed by Khairy during the audience at Istana Bukit Kayangan on the latest developments of the pandemic in the state.

Khairy also presented the latest report on the anti-vaccine issues, and the actions currently being taken by his ministry.

6
How to Install Newswav
1. Scan the QR code below
1. Tap this button 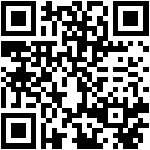