Polish Prime Minister Mateusz Morawiecki on Monday warned fellow EU leaders that the European Union risked unravelling if there was no "democratic control" over its institutions.

On the eve of a speech to the European Parliament, Morawiecki asked EU leaders to protect the sovereignty of member states and said Poland would remain a "loyal member" of the EU.

Poland's populist right-wing government has been at odds with the EU for years over controversial judicial reforms.

A ruling by the Polish Constitutional Court this month questioning parts of EU law has raised tensions further.

Writing to EU leaders ahead of a summit this week, Morawiecki wrote that the EU risked becoming a "centrally managed organism run by institutions deprived of democratic control".

He warned this was "a dangerous phenomenon that threatens the future of our union", saying: "We ought 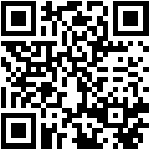