No doubt Zahid knew about YAB funds misuse since 2014: prosecution

No doubt Zahid knew about YAB funds misuse since 2014: prosecution

KUALA LUMPUR – The high court was told today that Datuk Seri Ahmad Zahid Hamidi had knowledge about the misuse of Yayasan Akalbudi (YAB) funds since 2014.

“In fact, the prosecution would go as far as to submit that the accused was determined to make Major Mazlina a scapegoat for his own mess.

“It is our contention that the accused must take responsibility for the acts of Major Mazlina. It is abundantly clear from the evidence that she was following orders in preparing the cheques.”

Raja Rozela said this in her submission at the end of the prosecution’s case against Zahid.

1511 GodGoldGlory
•
1 month ago
By now we all know who Zahid is and he should NOT BE WALKING FREE. His intentions are crystal clear, and that is to swindle and steal from the Rakyat and Country. Prison is where he belongs.
Lola K
•
1 month ago
Please rot in jail for the rest of your pathetic life. Bring your wife n daughter with u too
1
Chee Meng Kan
•
1 month ago
Even a small boy knows what s going on. Think ppl stupid
1
How to Install Newswav
1. Scan the QR code below
1. Tap this button 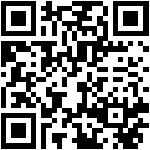