Celtic manager Ange Postecoglou feels his squad is as well prepared as ever following an "unsettled" start to his Parkhead reign.

Postecoglou reported a clean bill of health from his international players ahead of Saturday's Premiership clash at Motherwell, after losing both Callum McGregor and Kyogo Furuhashi for several games after the previous break for World Cup Qualifiers.

With the dust settled on the transfer window and late captures such as Giorgos Giakoumakis, Jota and Cameron Carter-Vickers having had two free weeks to bed in, Postecoglou feels more comfortable as Celtic bid to build on their first domestic away win in eight months at Aberdeen last time out.

Scottish Premiership summer signings rankedCeltic vs Rangers; Hibs vs Hearts live on Sky SportsScottish clubs 'positive' over VAR, so what next?

"It has been, right from t 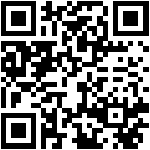