GOMBAK, Oct 18 — The gazetting of Orang Asli village lands in Selangor is expected to be completed within this term, said Menteri Besar Dato’ Seri Amirudin Shari.

He said the process is part of the efforts by the state government to secure Orang Asli settlements, as well as ensuring the community is not burdened by development in surrounding areas.

“We have measured and helped to gazette almost all of the Orang Asli villages, with only several villages yet to do so.

“I will ensure that the villages will be gazetted within this term so that the Orang Asli community can rest assured that their settlements will not be affected by development,” Amirudin said during the Jelajah Prihatin to Orang Asli Settlements programme  in Gombak, yesterday.

He added there are tens of Orang Asli villages in Selangor, including in th 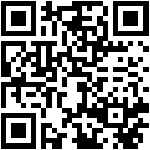