However, he said, the party has yet to decide on the number of seats it will contest and its candidates.

PAS has set up a parent committee for the state polls chaired by vice-president Ahmad Samsuri Mokhtar, he said.

“We also hope that the state election is contested based on consensus, as has been established at the federal level. All parties should be united (and) there should be no clashes with one another.

“We will be together with all the parties that are with the federal government,” he told reporters after officiating at the Kota Baru PAS general meeting at a hotel here today.

1511 GodGoldGlory
•
1 month ago
I say to PAS.... BRING EM' ON and the Malaccan will send packing PAS back to the PAST!
1
Mohd Sani Abdullah
•
1 month ago
Pelacur nak cari makan di melaka.
1
Darnley Chua
•
1 month ago
Just give up already PAS, you backward twats!
2
R.s. Pergasam
•
1 month ago
This stupid party wanted contest good luck
2
How to Install Newswav
1. Scan the QR code below
1. Tap this button 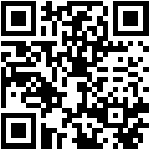