WASHINGTON: Colin Powell, the first black United States secretary of state and top military officer, died on Monday (Oct 18) at the age of 84 due to complications from COVID-19. He was fully vaccinated, his family said in a statement on Facebook.

"We want to thank the medical staff at Walter Reed National Medical Center for their caring treatment. We have lost a remarkable and loving husband, father, grandfather and a great American," his family said.

Powell was one of America's foremost black figures for decades. He was named to senior posts by three Republican presidents and reached the top of the US military as it was regaining its vigour after the trauma of the Vietnam War.

His family provided few details of his illness. It did not address such matters as what vaccine he received, when he fell ill, when he may have been hospitalised and whether he 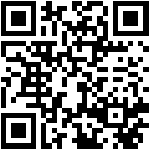