The Industrial and Commercial Bank of China and 18 other Chinese banks will face increased regulatory requirements as of December 1. Photo: Reuters

China is ramping up efforts to protect the state-controlled financial system by issuing its first list of too-big-to-fail banks - a move that comes amid a rise in bad loans that coincides with a national economic slowdown.

Those 19 banks - dubbed domestic systemically important banks (D-SIBs) - will be required to increase their capital requirement by 0.25 to 1 percentage points. These stricter rules will strengthen those banks' risk resistance whil 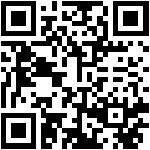