SINGAPORE: Electricity retailer Union Power announced on Monday (Oct 18) that it will cease 850 accounts as it reorganises its business amid "sustained hikes" in wholesale energy prices.

The company emphasised, however, that it is not exiting the electricity retail market in Singapore.

Union Power said it will drop some retail electricity accounts while continuing business-as-usual with most residential customers, the majority of its clientele. It will have about 20,000 accounts after the reorganisation.

"Customers affected by the reorganisation can appoint a new retailer or have their accounts transferred to SP Power," said Union Power in a media release.

The announcement comes after two other retailers, iSwit 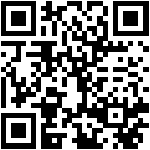