US Industrial Output Drops 1.3% In Sept Amid Supply Issues: Fed

Declines were apparent across multiple categories, but stark in the auto sector, with production of motor vehicles and parts falling 7.2 percent "as shortages of semiconductors continued to hobble operations," the central bank said.

The drop came as a surprise as economists were forecasting a modest increase in industrial production.

And after reporting a gain in August that returned total output in the world's largest economy to its pre-pandemic level, the Fed revised the data to instead show a decline.

Faced with ongoing supply bottlenecks, factory output fell 0.7 percent last month after a 0.4 percent drop in August according to the revised data.

Supply chain woes including clogged ports contributed to a 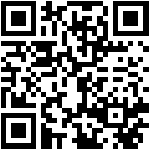