We can’t check out every investing outfit’s demo day. But one event that we try to catch every year is that of Pear, which is held annually each fall and features (blessedly) just a dozen or so very nascent startups.

Pear, a seed-stage venture firm founded in 2013, has an impressive track record when it comes to identifying promising companies from their earliest stages, including DoorDash, Gusto, Aurora Solar, Vanta, Branch Metrics and Guardant Health. As notably, despite introducing a far smaller number of teams to investors than Y Combinator and more renowned accelerator programs, there always seem to be at least one or two projects in Pear’s Demo Day mix that turn into actual, sustainable and, sometimes, sizable companies.

Consider that over seven previous “batches” that featured a collective 69 teams altogether, Pear has he 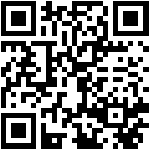