SHAH ALAM, Oct 18 — Menteri Besar Dato’ Seri Amirudin Shari has stated his wish to see Yayasan Selangor function as the main driver of education in the state, and on track for the Selangor Negeri Pintar 2025 concept.

This was confirmed by the foundation, which said Amirudin spoke of this during its annual general meeting at the Shah Alam Convention Centre on October 8.

Yayasan Selangor added that according to the plan, education assistance programmes under the supervision of the state government’s agencies will be readjusted, making it the main driver.

“Aid and education programmes including kindergartens, public tuition for the B40 category, and the Bitara programme to seek out the best brains in Selangor, will be identified and handled by Yayasan Selangor later on.

“Via Bitara, the chosen students will be funded f 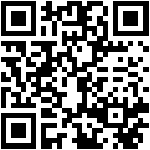