Kuala Lumpur Crime Prevention and Community Safety Department chief Datuk Azman Ayob in a statement today said a RM25,000 compound was issued to the owner of the premises.

He said six patrons tested positive for drugs and were detained under Section 15(1)(a) of the Dangerous Drugs Act 1952.

Bernard
•
1 month ago
Discrimination and profiling. Why only non halal outlets targeted always and become headline? Whats the agenda behind?
1
Francis Tan
•
1 month ago
Not a single summons to those who were at the waterfalls and beachfront, wonder why?
Pete Lo
•
1 month ago
Time are bad in private sectors. The government shd give warning to the premises first. The government can print more money but rakyat are begging for business to survive. If all foreigners investors run away how!
1
Mohd Sani Abdullah
•
1 month ago
Good, cluster will start from these places.
2
saffe mohd yusof
•
1 month ago
Many more quietly operating.
3
How to Install Newswav
1. Scan the QR code below
1. Tap this button 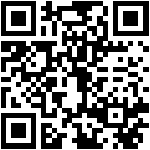