One of the headlining features of the new Apple Watch Series 7 is its new support for fast charging. Apple made a big deal about this improvement during its “California Streaming” event last month, but there are some important things to keep in mind…

Included with the Apple Watch Series 7 is a new Apple USB-C Magnetic Fast Charging Cable. As we reported earlier this week, the difference with this cable is that it has aluminum instead of plastic around the magnetic charger.

While Apple is including one of these cables in the box with Apple Watch Series 7, you can also buy them separately so you can 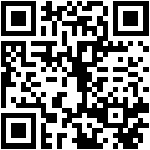